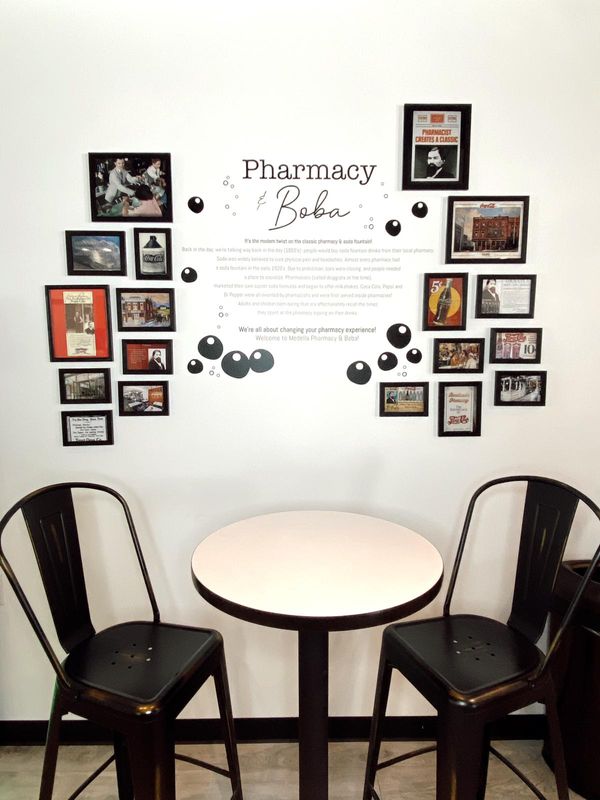 It’s the modern twist on the classic pharmacy & soda fountain!

Back in the day, we’re talking way back in the day (1850’s) people would buy soda fountain drinks from their local pharmacy.

Soda was widely believed to cure physical pain and headaches. Almost every pharmacy had a soda fountain in the early 1920’s. Due to prohibition, bars were closing, and people needed a place to socialize. Pharmacists (called druggists at the time), marketed their own secret soda formulas and began to offer milkshakes. Coca Cola, Pepsi, and Dr. Pepper were all invented by pharmacists and were first served inside pharmacies!

Adults and children born during that area affectionately recall the times they spent at the pharmacy sipping on their drinks!

We’re all about changing your pharmacy experience!